I want to start this off by saying "thank you" to Amazon for fucking up on my order. Thanks to their logistic error, I got the album for free. Now, long ago, in my quest for Chicano Rap, I randomly came across the Aztec Tribe. I remember I first I heard "Commin' In Stalkin'" from their 1996 album and the early 90's "Diego Town" single, prompting me to looked further into their content. Luckily, I stumbled upon songs from this compilation. Little by little I pieced together this entire thing until I ultimately decided to download it off iTunes. As the years passed by, I was able to locate a physical copy. Looking back at a quarter century since this was released, I'd like to say it aged well.

Of all the compilations I have heard in my life, this particular one is among of the most cohesive. Standing at a solid ten tracks featuring just 4 different artists - well 3 actually, I'll explain later - Aztec Tribe, 2 Brown, Latin MC, and Knight Owl (each with about 2 or 3 songs). As you start to listen to the first track, you begin to realize the biggest strength the Tribe possesses is their chemistry: they vibe off each other and carry the rhythm from verse to verse. What I like about "Life Of An Aztec" is that they're not just rhyming because words fit together in a string of rhymes, there's a pace and cadence to each bar. It's not happy, campy back pack raps. That's not to say that it steers away from the hip hop vibe, it blends hardcore rhymes with precision and execution. The lyrical content of this song is filled with Native American imagery from the States more so than Mesoamérica (peace pipe, tomahawk, & scalping). Just something I noticed. That and the chorus mentioning "the life of a Funky Aztec" which I assume probably confused some people at the time (1993-1994) since there was a group by that name in Vallejo. Over the last 15 years "Down In The Hood" has gotten better and better each time I play it. My initial interest in the song was the use of "Flashlight" embedded in the sample. The quality of the recording sounds analog, but that just adds another layer of street authenticity to the track. The lyrics paint a brutally honest representation of the madness and chaos of barrio warfare. Kicking in the first line of the first verse, talks about the misery brought by violence in the barrio and its social observations of how street politics will "kill you with a quickness, it's contagious like a sickness, understand, man? Damn... homicides multiply as the bullets fly/ another brother died...". Verse after verse is packed with realness, the feelings of revenge and get back when they take one of yours. Your homies dying in your arms with his guts hanging. The analogy of the "Chevy Impala stalking on its prey" was my favorite line along with "slang dope or do jales just to stay alive".

It's a shame that the duo 2 Brown makes their only appearance on this compilation, never to be heard elsewhere after this. Radiating funk, their smooth flow makes "Varrio Hoodlum" an under appreciated anthem. The instrumental alone is lightyears ahead of the wave, it's smooth, funky and bass worthy. I suspect they're from San Berdoo for two reasons, everyone else is from Southern California (Aztec Tribe, Latin MC, & Knightowl) and the line "this is the sound of SB Town" (only 3 places have those initials: Santa Bárbara, San Bruno, and San Bernardino) narrows it down. Just my own speculation. Here's some Chicano Rap trivia for ya: earlier I mentioned that 4 artists were featured here and that it was really only 3. I say that because "El Smiley" the Latin M.C is just an alias for Rude Dog from the Aztec Tribe. I always had a hunch but couldn't confirm it until recently. In retrospect, it couldn't be more obvious with a title like "Hangin' With The Tribe". This track sampled NWA's "Just Don't Bite It" (which in turn is a sample of the song "Zumba Ku" by Black Heat). For years this has been one of my favorite songs and to this day it still slaps. So many sound bites could be used from this song, like "Knightowl just got the shaved head of a loco veterano, Mexicano cholo de San Diego" ... "these are the calles, that all us vatos roll" ... "dropping gangster shit for the criminal minded"... "Rides full of crazy Mexicans/ ones with the beanie, Locs and the low brims". Rude Dog raps about a wild night out with the homies, kicking back, hitting a liq' and picking up to hynas to bring it to a close. Speaking of hynas, Rude Dog / Latin M.C drops a love track dedicated to his "natural island Queen, Puerto Rican Princess, [his] true Hawaiian dream". I'm still confused about this line. And the name of the song, too: "Taste Of Aloha". I am assuming his ruca is mixed, otherwise I can't make sense of the song. Either way, I enjoy this track's composition and sample (who doesn't like hearing "Oh Honey" flipped?). Knight Owl takes credit for writing the first love song in Chicano Rap but here we have proof of a song that predates "Daddy I'm In Love With a Gangsta".

Gather round homeboys and homegirls, I'm about to drop some clecha for you all. El Tecolote gave our boy Funk the breakdown on how his debut came to be. In an interview conducted via telephone ("CalifaRap Interview Classics - Knightowl 01") at around 10:57-12:30, the label that put forth this compilation is mentioned. Pandisc was based out of Florida doing all that "Miami house, Stevie B type of shit". Knight Owl goes on to say that he had provided them the masters recorded for his debut but "they didn't know what the fuck they were doing" and refused to return the masters. As the gods would have it, Knight Owl just happened to have a copy of his recordings on cassette, mastered them and took it to Murry Brumfield to be released. Now that I've said all that, it's time to tie it back to this. I speculate that it explains how two of K/O's rolas ended up on this comp. when they also appeared on his self titled debut. It's hard to deny Cypress Hill's influence on "Who's The Man" with the obscure sounds and whines. Meanwhile the drums are taken from Sly & The Family Stone classic "Sing A Simple Song". Knightowl comes off in a rampage and shoots a high energy rap but I am too distracted by what's going on with the beat. Lest we forget the less than stellar chorus. As I've stated in a previous review about this song, its inconsistent tempo and off point rapping derail me from focusing. Often considered a classic, "Brown To The Bone" reflects the barrio vernacular and demonstrates his command of Spanish to bridge the gaps in English. I appreciated anytime the city/county of San Diego gets a shout-out on wax from the 1990s. One thing that stands out, and I will give Knight Owl credit for this, is that he is one of the first to put the Sur in a rhyme (heard in the chorus). The other person to mention it this early on was Lil Rob in 1992 (as for Brownside's recordings regarding the Sur, they were also '93 or '94).

Compared to the first track by 2 Brown, the second titled "Step Like An Aztec" set a different tone. Instead of an upbeat, lively tune it was more caliginous in nature. I actually like these dudes and it sucks that there isn't more material on them. They got flow, granted it's not at the lyrical helm of some of the greats but it's there nonetheless. This song particularly is more of an abstract concept aimed at mobilizing la raza ("... planet's stricken, while I'm kickin' / up the rhyme to my own kin...") compared to the barrio raps from earlier in the mix. These last 2 songs performed by the Aztec Tribe and the Latin M.C, respectively, kinda take a detour from the remainder of the compilation. Now, I've never been fond of "Here We Go", for many reasons, but I give them credit for their ability to rap to different styles of beats from oldies, funk and other types. It sounds like some Miami bass mixed with some freestyle dance music. For whatever reason, freestyle was hella popular back in the day. As for "Latin Swing", the last song on the compilation has a hyped up tempo with some Latin tinge mixed in the instrumental. While I don't dig the song all that much, I got to give Rude Dog/ Latin M.C credit for a vivid story telling ranging from picking up a ruca to do the Latin swing and the rolling "in [his] Chevrolet/ looking for a party up in West L.A" and running into some pleito when he "made a quick left at the Blvd/ vatos on the corner looking at us hard / "where are you from?' I said the Big SD : you got a problem with that you wanna rumble with me?" so naturally ‘we jumped out the ride and said wassup with that/ Knightowl popped the trunk, grabbed the baseball bat, one to the jaw and one to the face...". I find this interesting 'cause if I'm not mistaken, they made another reference years later about fucking up fools from LA ("Caught Slippin'"). A third time they touched on the animosity towards Angelinos was on an unreleased track available on YouTube titled "Run Motherfucker Run".

Even though I vibe to half the songs on this compilation, the sound is cohesive and almost has a theme in regards to ethnic identity (hence the title of the compilation). This is where they found their sound and if you pay attention, it serves as the precursor to "Straight From Tha Zone" (1996). How is that you ask? Well, the title of the songs are very similar "Life Of An Aztec" (1994) & "Tribal Ceremony" (1996), "Hanging With The Tribe" (1994) & "Something For The Homies" (1996), "Down In The Hood" (1994) & "Step Into The Hood"/ "Straight From Tha Zone" (1996) — you get the point. As for the production it was identical, tracks 1, 2, 4 & 5 could easily fit the mold on their mid 90s album. Even "Here We Go" had a similar and familiar feel as "Do You Wanna Funk" (from "Straight From Tha Zone"). Reggie Valenzuela (Mad Man) did the production for their 1996 effort but an individual listed as Rubén Valenzuela is credited as Engineer, Mixing, Producer (I'm gonna assume this was a typo and they meant Reggie). I've always had this on deck and 25 years after it dropped, it's still dope. Now, am I going to call it a classic? Not necessarily. I think there is some classic material on here and worthy of your enjoyment. Standing at 10 tracks, 40 minutes and some change: I dig fifty percent of the mix, so I will say this gets my seal of approval. It deserves a spot in collection, even if for a seldom play. It's easy to listen to and I truly think Pandisc fucked up on how to handle such talented individuals. 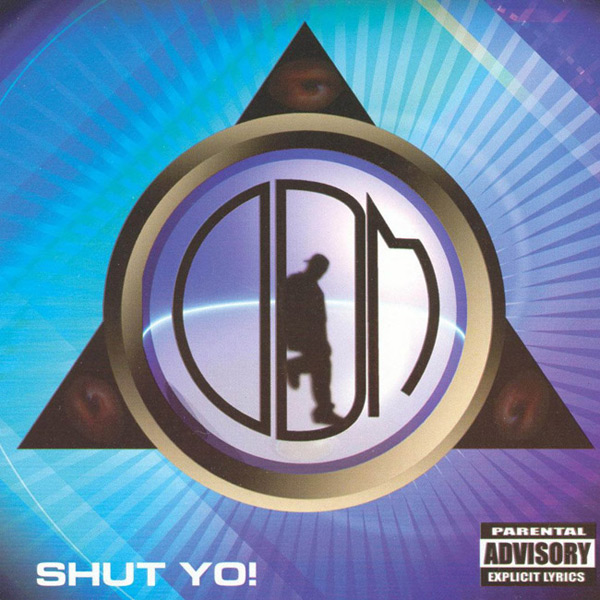 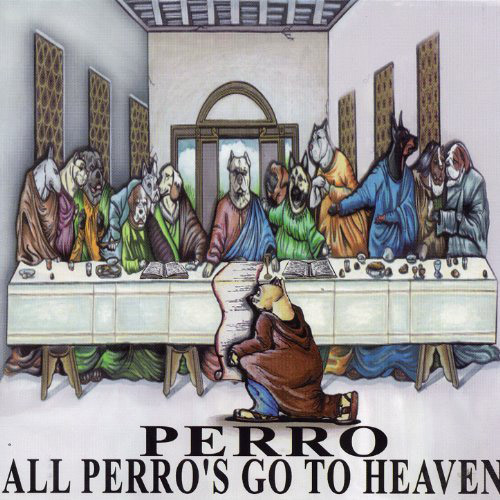 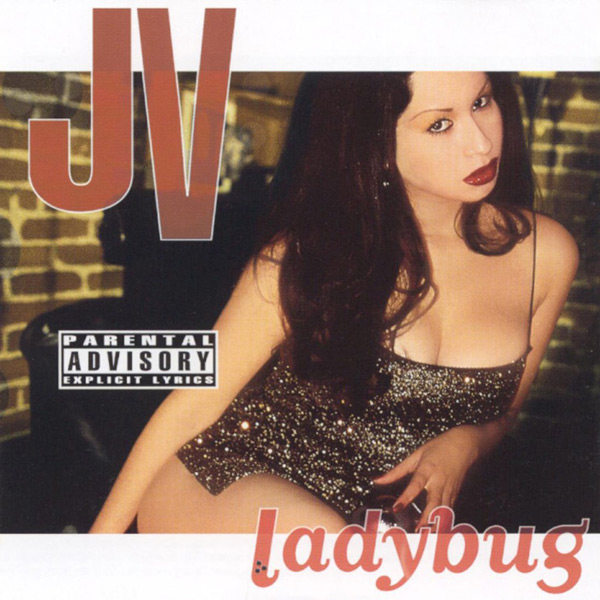